RE-ORIENT: Reflections from ‘Gathering at the Delta Colloquium’

My heart and mind have been opened, challenged and re-oriented in a way I have long craved for in the ‘Belly Dance’ discussion.  There have been conflicts of interest and ethical questions lurking beneath the surface for a long time, it feels like finally a safe space has been created to consider important voices on some of the concerns our community is  grappling with.  Yesterday I attended ‘Gathering at the Delta’, a colloquium on transcultural fusion dance conceived by Donna Mejia and thoughtfully woven together by a team of contributors with diverse relationships to the art form.

The structuring and thoughtful curation of the event was critical to its impact.  Safety was paramount.  The emphasis was on creating a safe space for discussion in topics that center around harm caused to marginalized people.  This safety was set in motion by Amel’s ‘invoking the spirit within us’ via her opening ceremony, and Donna Mejia’s soothing tone as moderator and ‘voice of wisdom’ in the colloquium.  The tone created allowed us to review difficult topics without re-inflicting pain.  We (participants) were asked to focus on listening rather than questions (and chatting).  Keeping the task focused on listening for a day allowed me to brew in the topic and has set in motion a contemplative mood surrounding the new information and perspectives which were presented.

For the sake of brevity in this post, I will focus on a general synopsis of: Brittany’s lecture covering colonialism/orientalism and the panel discussion with MENAHT artists. 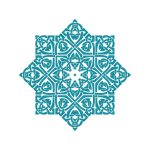 “Information can be stirring…

let things get stirred up…

the overwhelm is the point.”

Brittney Banaei, a graduate student at UC Boulder gave the first 1 hour presentation of ‘history – theory – mythology’ focused on colonialism/post-colonialism in MENAHT regions (Africa and Middle East) interspersed with deep breaths and fits of laughter that helped keep the mood bright.  The talk was full of information and key theories to equip listeners with a backdrop to re-orient our perspectives as predominantly white, Western fusion dancers.

The unfortunate reality is that most of us hold dysmorphic and agenda tainted perspectives of an imagined ‘Orient’ as the backdrop of ‘Oriental Dance’.  We have been blind-sighted by corporate media, education systems indoctrinated with historical lies and suffer from our own attitudes of passivity which hold us back from seeking out other versions of historical and current events.

Brittney offered insights on power imbalances of key historical events that so obviously form the foundation of tensions today in ‘cultural exchanges’ between ‘East and West’.  She reviewed concepts from important thinkers in the field such as: Edward Said’s Orientalism argument: that stereotyping, exotifying and ‘othering’ is a colonial continuum; and Homi Bhaba’s 3rd space theory about hybridity: that cultures are inherently hybridized and diverse, therefore fixity and fetishization are dangerous tenants in identity.

She generously defined these theorems in layperson terms, bridging gaps and offering us tools to rescope and question the narratives we have passively come to accept.   It became obvious how lack of knowledge on the subject of MENAHT history and culture has led to the errors in judgement we as a dance community have allowed.  As a demi-academic myself, her summarizing of  broad topics (which have overwhelmed me before) and sharing of resources rekindled my excitement and confidence for research.  *Resources shared in her lecture can be found here:  https://brittneybanaei.com/gad-reference-list/

On the many myths that exist around the discourse of our dance, she hit on the fact that there is no singular benchmark of ‘authenticity’, and almost comically referred to the old argument in Belly Dance: ‘Tribal verses Cabaret’.  She urged us to “try other lenses”, and to look for bigger over arching ideas rather than getting caught up on a details like costuming.

Elaborating on aspects of both Said and Bhaba’s work that point out culture is never finished, it is lived and constantly evolving, she reminds us: ‘how can we claim to be ambassadors of something that is never fixed or finished?’ 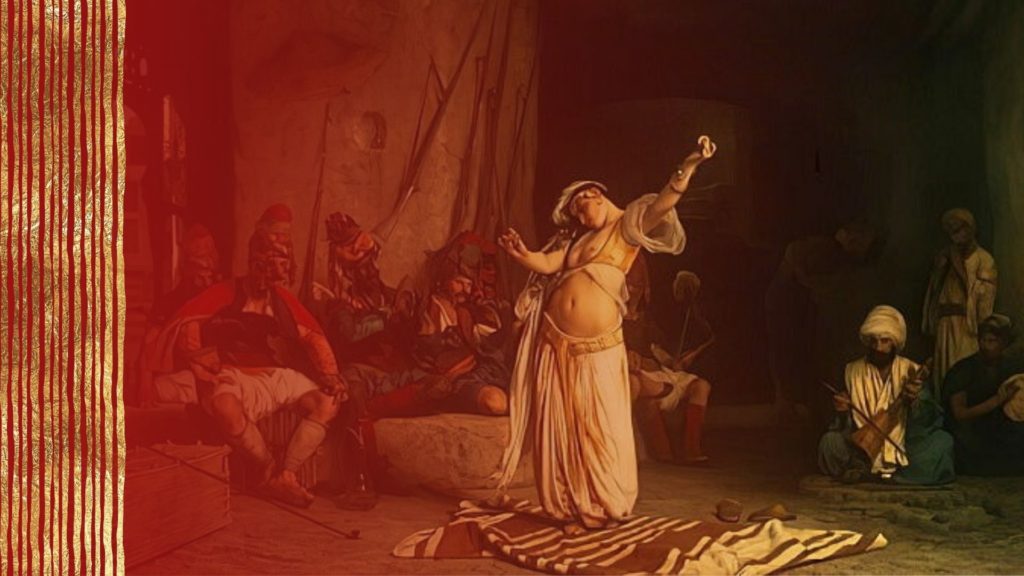 Impactful and thought-provoking, I was deeply moved to hear the personal experiences so generously shared by the panel of five MENAHT artists.  (It was asked that we do not reveal the personal stories shared by panelists, so here I only seek to summarize key take-aways that inspired and provoked me.)

“Not being believable” was brought up.  The fact that many of these artists had been questioned while teaching classes (by Americans or Europeans) because people cannot believe they are more complex than the Orientalist stereotype that had built up in their minds.  The ‘orientalist’ tendency of viewing the “exotic East’ as unchanging involves reducing cultures and people of “the East” to stereotypes and overlooking the rich diversity within a living, evolving culture.

“Ask yourself: Why do you want to do the fusion?” Each artist discussed instances of mismatched confusion they have witnessed in fusion dance performances and the harm they felt when their culture or religion was ‘quoted out of context’ (and therefore disrespected).  This simple question was posed to us as a tool to self-regulate and check if our fusion performance may cause harm: ‘why do you want to do this fusion?’

“Fusion dance is more body centered, than meaning centered.” I really love this point and see so much truth in it as someone who has trained in various folk, classical and contemporary dances.  One artist aptly pointed out the body-centered (individual) approach of Tribal Fusion.  She mentioned while it is one of the wonderful things about it, this approach is potentially misleading because dance viewed only as body movement (devoid of meaning) relieves the practitioner of responsibility to the cultures from where the movements are assimilated from.

I feel there is a lot of food for thought in this point and might explain one aspect of how fusion dance “skirts around” to avoid the issue of misusing cultural symbolism due to its somatic (self) centering, rather than the community centering which cultural dances often leverage on.

My mind went back to all the ‘Oriental Fantasy’ festivals and bizarre fusions I have seen over my 25 + years in bellydance…  and to be quite honest, my heart absolutely sank for having been even involved in events which would promote the fantasy and fetishizing of real living people. So unconsciously we have invisiblized people with our insensitive choices.   How could we have allowed this?

This was the most powerful moment for me.

In a follow up conversation I had with an Iranian friend, she brought up the fact that even people within “Eastern” cultures can perpetuate this exotification and how viewing culture as a fantasy is destructive because this view glosses over important values and human intricacies which culture centers itself around.

Many artists in the panel discussion talked about how complex their identity truly is: not being fully ‘at home’ and accepted in their ‘homeland’ and yet not being at home in their ‘new’ country (USA and France) as immigrant minorities.

It struck me that culture offers us all a sense of belonging and importance.  For someone practicing a dance in its land of origin, it can be a social pastime and for someone living as an immigrant in a new land, it can a can become a blanket of comfort critical to survival, self-identity and self-worth.  When that is threatened, appropriated, belittled, it can be so deeply harmful and disturbing.

As an artist, I have never wanted to harm anyone, in fact I always viewed art as a modality of healing to some degree.  Listening to the voices of artists who have been hurt by insensitive fusions and depictions of their cultural identity was powerful, a moment of truth indeed.  It became so clear that what seems like a small choice on my part as a performer can have a lasting effect that ripples out.  It struck me how this is even more critical in the age of internet, where the whole world can feel the impact.

I was deeply touched by the generosity of all the panel of artists, many of whom said “just ask us, we are happy to help.” I closed my laptop at the end of the day with a graceful sense of empathy (gained from listening) and strength from the tools I had been handed.  Let us dance forward as a community with that grace and strength, ever listening closely and asking ourselves important questions.

My sincere thanks and applause to all who were involved in this event.  THANK YOU! 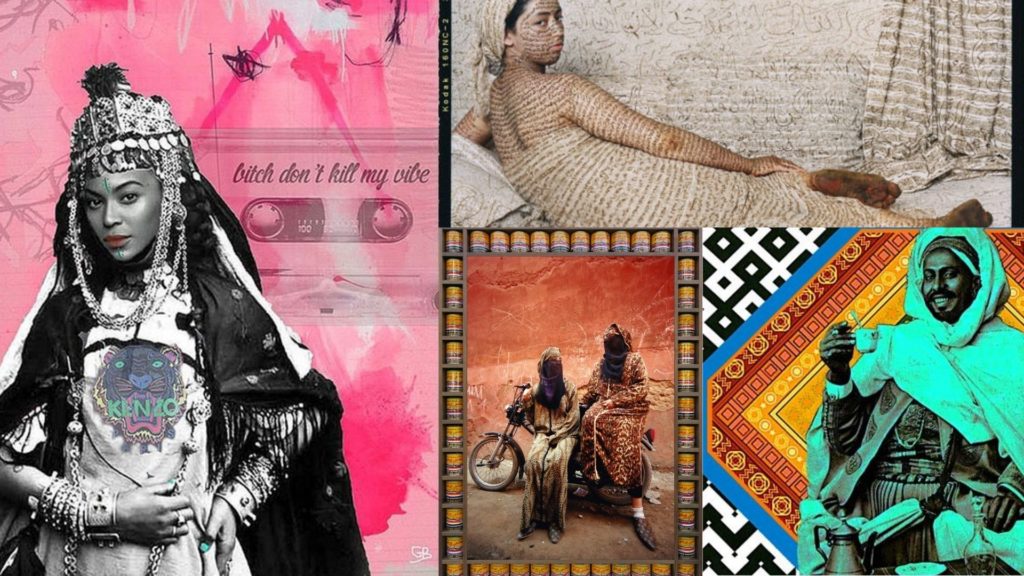 *”MENAHT is an acronym that is fast becoming standard terminology among dancers. It is a shorthand for the Middle East, North Africa, Hellas (Greece) and Turkey.”  Please read this article for more information on the term: CLICK HERE

4 thoughts on “RE-ORIENT: Reflections from ‘Gathering at the Delta Colloquium’”