What is Indian Fusion Dance?

Indian Fusion Dance is a contemporary transcultural fusion based on explorations of Indian and Middle Eastern aesthetics. 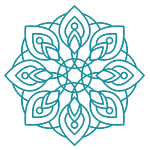 Sensitively woven together, this dance is both Ancient & Modern - expressing timeless qualities and values.

Born out of Colleena Shakti’s decades of dance, yoga and martial arts training, cultural studies and personal quest for refinement and meaningful art as she journeyed around the world. In her years of study, it has been the personal connections, direct experiences, lifestyle practices and traditional transmissions she received that give the special context for her stylistic choices.

Stylistically speaking, Indian Fusion movement vocabulary is inspired by cultural dances of India and the Middle East (and its modern evolutions). This dance bridges modern and folkloric Belly Dance vocabulary with extensive postures and spins of North Indian Classical and folk dance, intricacies of eyes, hands and facial expression from Eastern Indian classical dance and draws in elements of Central Asian dance as well.  Movements merge together with distinct sensibility which is built upon an underlying value system and vision so eloquently expressed in Indian Aesthetic theories.

Delicate details inspired by Indian temple sculptures and Mughal court dances, contrasted with earthy feminine movements of Tribal Belly Dance and Rajasthani dance show contrasting sides of this re-imagined dance rooted in tradition. Indian dance traces its roots back to ancient times through preserved lineages and texts. It is rich with meaning and hidden wisdom which brings about a timeless beauty.

Indian classical and folkloric dance in all its variations brings distinct intricacies to Indian Fusion such as: gaze, intention, subtle symbolism, postures and basic positions, movement principles and most importantly its philosophical vision of dance and art. Colleena finds the meeting point of Odissi and Kathak classical dances, with Rajasthani folk dance as the basis for her Indian movement vocabulary.

Colleena’s own Belly Dance experience and stylistic preferences tend to revolve mostly around Egyptian Folkloric and Raqs Sharqi movements or their later evolutions seen in the US since the 1990’s (when she began studying) in ATS and Tribal Fusion Belly Dance. The highlighted features of Belly Dance found in Indian Fusion include: curved lines of the body, fluid undulations in the spine, distinct pelvic range of motion and gesture, rhythmic accents and earth bound barefoot posturing.

Oriental dance / Raqs Sharqi (evolved mainly from Egyptian folk dances) commonly referred to as ‘Belly Dance’ celebrates the feminine essence unlike any other dance! These dances distinctly focus on the pelvis as the primary point of gesture and combine fluid undulations which seem to infinitely flow through the spine.

Through Belly Dance, the feminine spirit finds a voice. Due to historical evolution and modern innovations, what we now call ‘Belly Dance’ ranges immensely. Belly Dance has provided fertile ground for experimental fusions over the past century and has expanded the reach far beyond Egypt, the Middle East or the Arab speaking world.

Colleena’s Indian Fusion stands apart as a well researched expression which celebrates the cultures which have inspired it. Movements merge together with distinct sensibility that is built upon an underlying value system and vision.

Recently, Colleena has created a structured training program in her dance style – Indian Fusion Formation.  “IFF” is a codified dance style and training program that aims at clarifying pedagogy, techniques, postures and a common dance vocabulary in this elegant transnational fusion dance form.  Many movements may be familiar to fusion dancers, but this system aims at precise technique and clear execution so that nuanced embellishments can be layered.

Indian Fusion Formation is a 4 Level program which includes: